Up until now we haven't said anything about how to actually do something useful with JMeter, but it's only because we need to cover some boring details of how to configure it before actually running some performance testing.

The picture below introduces the elements we can use in JMeter performance testing program: 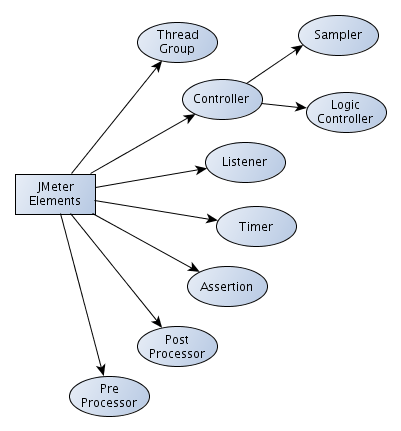 We can see that there are the following elements that we can use:

The first option allows us to name the thread group. It's named as "Thread Group" by default. The next option is what should happen when the Sampler fails. Samplers provide JMeter with functionality like sending requests to a server and waiting for a response. Thus we can choose from the following actions if sending a request or receiving a response fails: Continue, Start Next Thread Loop, Stop Thread, Stop Test, Stop Test Now. I guess the actions are self-explanatory, which is why we won't describe them further.

After that comes a very important section, which we must understand correctly.

At the bottom of the thread group is also a "Scheduler", which can be used to set the duration, starting and ending point of a test scan. This can be seen in the picture below:

There are two types of controllers: samplers and logical controllers. 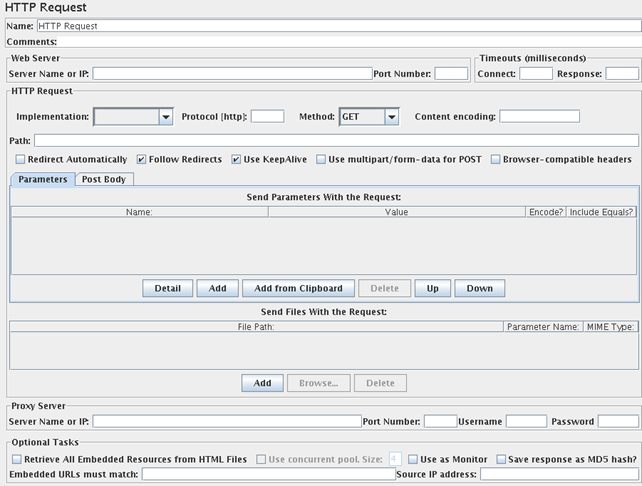 Some of the more important options we can set in the HTTP sampler are the following:

Listeners save the responses on issue requests for later analysis. There are numerous listeners that can analyze the results and present them on the graph or something. So far, we already talked about listeners having an option for saving the responses in a csv/xml file, but here we'll take a look at listeners in detail.

To view the results of any kind of sampler we need to add one of the following two listeners:

We can see that listener in the picture below: 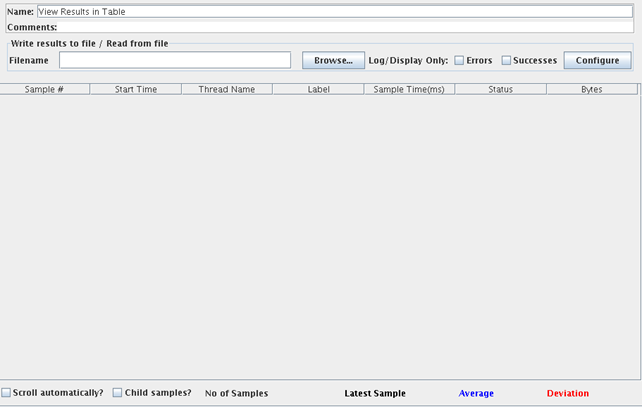 Basically we don't need to configure the "View Results in Table" element, but we can set a couple of options like the name and description of the element and the filename where to save the responses. Below that is where the graph will be drawn.

We can see that listener in the picture below: 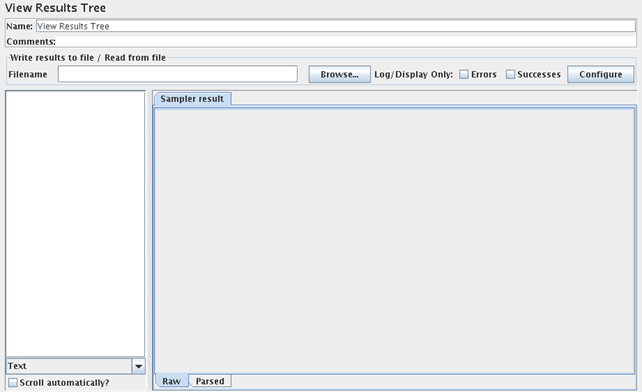 Again, there is really nothing complicated about that; we can leave the listener as it is and it will work just fine, no configuration is necessary.

By default JMeter sends requests without waiting between each request. It's advisable that we add a delay element to a Thread Group, which will delay the sending of each request. We can do that by introducing a new Timer element, which will ensure that requests will be sent in a timely fashion, so that not too many requests are sent at a time, which can overload the server application. If there are multiple timers in the scope, the addition of all of them is being used.

We can add a custom timer as shown in the picture below, which delays each thread by 300 miliseconds. Preprocessor elements can execute some action before a Sampler sends a request to the target application, which is why we must add these elements to the Sampler elements.

Thus if we have the example presented in the picture below: 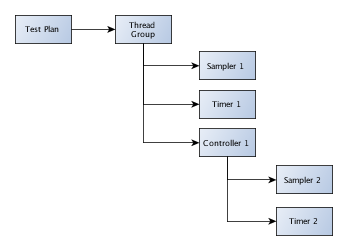 Besides the scope, we must also talk about the execution order, which is the following:

Now we have a basic idea of how the elements are applied to the Sampler elements, which actually send the requests to the target application.