There are different kind of backend networks that we can use with QEMU. In order to specify the backend network, we need to use the -netdev command-line option. This is directly connected to the -net command-line option. The -netdev has multiple syntaxes presented below that directly correspond to the -net syntaxes. The actual syntax is "-netdev type,id=name,..." where the type s below are: user, tap, bridge, socket, vde, and hubport.

When deciding which networking type we would like to use in our guest system, we can choose among the options described below.

It's advisable that we use the virtio driver for networking, which is often included in the operation system. Instead of booting with "-net nic" option, we can boot with "-net nic,model=virtio" option to enable virtio support. Windows will try to find the driver for it and, if it won't find it, it will present a dialog like this:

To solve the problem, we need to download the "virtio-win-0.1-65.iso" virtio driver from the https://alt.fedoraproject.org/pub/alt/virtio-win/latest/images/bin/ website, which is presented below:

After downloading the virtio driver, we have to add the "-net nic,model=virtio -cdrom virtio-win-0.1-65.iso" options to the QEMU-kvm command. After starting Windows operating system, the network will still not be detected automatically. This is why we need to go to the Device Manager, as presented on the picture below, and right-click on the "Ethernet Controller" and then select "Update Driver Software." 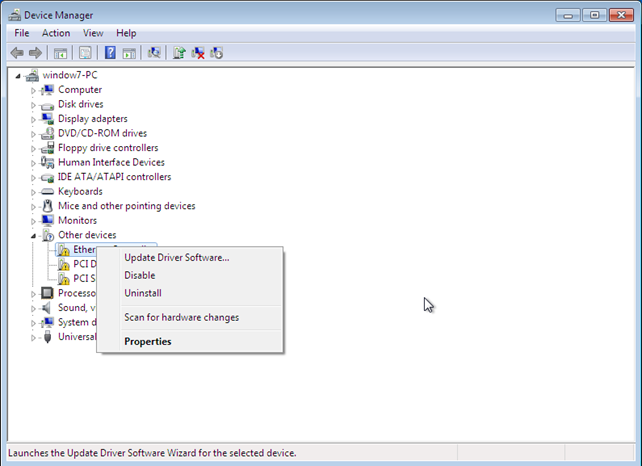 Once the popup has opened, we need to select our newly mounted iso image residing at drive letter D: to be scanned for virtio device driver. This can be seen on the picture below. 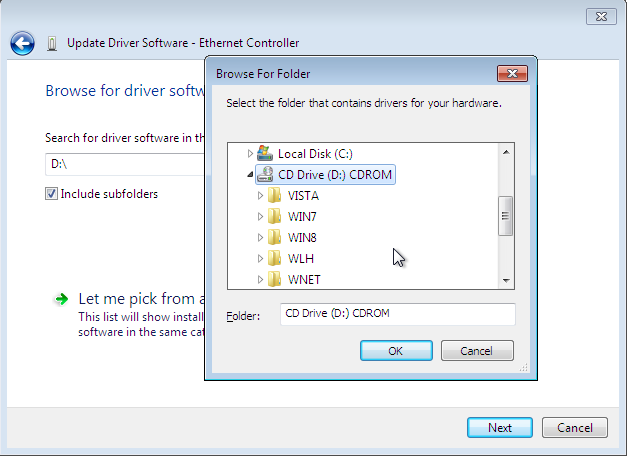 After pressing the "PK" button, Windows will scan directory D: for the virtio device driver, which is found, but we must confirm that we want to install it as shown below:

When trying to install the new virtio driver, my whole Windows operating system crashed, so I wasn't able to install this version of the virtio device driver. Instead, I downloaded the latest stable driver version, virtio-win-0.1-52.iso, and installed it. The installation has completed successfully, as can be seen in the picture below. 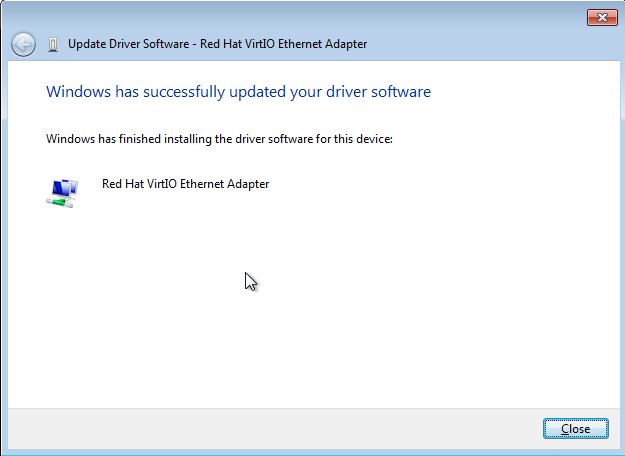 After installation, we don't need to restart the Windows operating system and the networking will start to work as expected, using the virtio network device driver. At that point, we can remove the "-cdrom virtio-win-0.1-65" option, because the driver was already installed and we don't need to mount that iso image to the drive letter D:.

The best way to see the difference between those models is by taking a look at the table below, which presents the main differences when comparing the networking modes. The "y" means "yes" and the "n" means "no."

You can use the above table to evaluate the networking modes when deciding which one to use. Configuring each of the above modes is quite easy in Virtualbox, but when it comes to QEMU, we have to do some work to get them working the way want.

This provides a way for the virtual machine to use the internet, but the virtual machines don't see each other and we also can't access the VM from the host. This option is used by default if we don't specify any other option and is the slowest among all provided. When using this option, ping also doesn't work, so don't try to ping some host on the internet to try to make sure that networking works; instead, use nslookup to do a DNS query. When using this option, the gateway will reside at 10.0.2.2, DNS server at 10.0.2.3, SMB at 10.0.2.4, and the guest operating system will have IP address 10.0.2.15. We can change the settings of this default mode by issuing the "-netdev user" command-line option. An example command that we can use is the following:

The parameters can be one of the following: 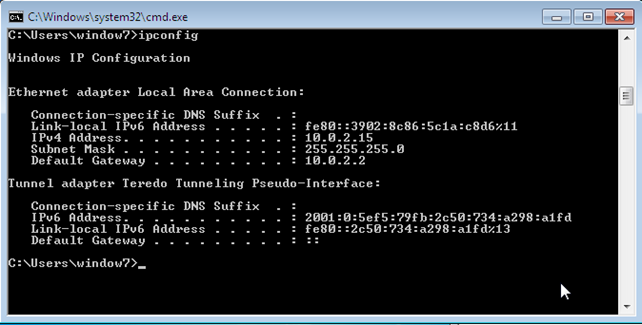 If we would like to use host-only networking mode, we have to create a tap1 interface and associate it with an IP address. We should use the tap interface in standalone mode by associating it with a static IP address. Since the host-only guest virtual machines don't have access to the Internet, we shouldn't add the interface to the bridge to get a link to the outside world. We can define the static IP address in the /etc/conf.d/net simply by using the following:

We should definitely edit the networking configuration file and restart the net.tap1 init script, but if we want to do it quickly, we might also execute the commands below (in host): 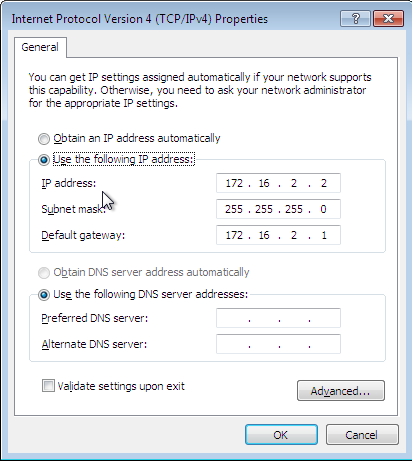 After changing the settings we can normally ping the guest IP address from host, which is shown below:

We can also ping from guest VM to host, which is shown in the picture below: 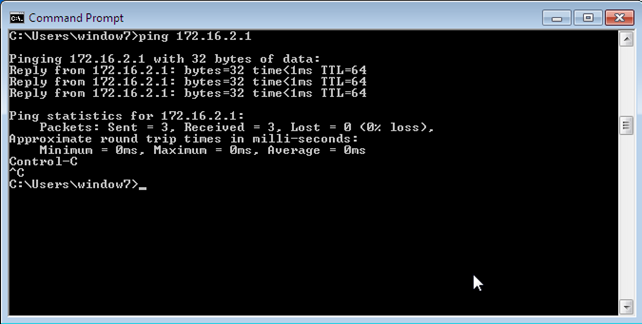 Thus we've successfully configured the host-only networking mode, which can be used to connect the guest virtual machines with the host, but not with other devices on the network.

If we would rather use DHCP server, we can install dnsmasq and edit the /etc/dnsmasq.conf configuration file to contain something like the configuration directives below:

This will start the DHCP server, which will listen for DHCP requests on interface tap1 and will give out the IP addresses from 172.16.2.2 to 172.16.2.100. If we restart the Windows guest virtual machine and enable "Obtain IP address automatically," the dnsmasq will provide the IP address to Windows. We can see that in the picture below, where the IP address was set to 172.16.2.91. 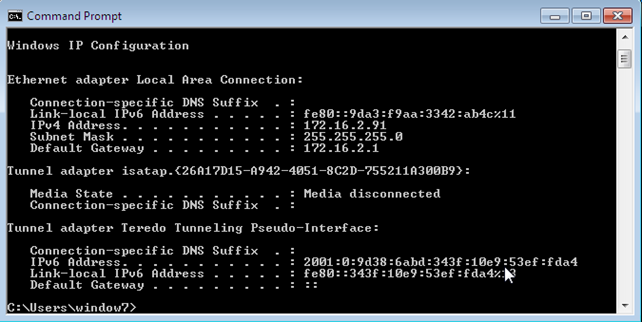 [3]Updating the guest initramfs with the virtio driver, http://www.linux-kvm.org/page/Boot_from_virtio_block_device#Windows_XP.

[5] Explaining how to mangle the packets, http://www.netfilter.org/documentation/HOWTO/NAT-HOWTO-6.html.