First we need to download the Damn Vulnerable Web Application, extract it, and move it into the Apache document root folder:

DVWA needs Apache web server and MySQL database server to function correctly, which is why we need to start them. To start both of them we need to issue the commands below:

Afterwards we also need to edit DVWA configuration file /var/www/dvwa/config/config.inc.php, so the DVWA will be able to connect to the MySQL database. We have to change the following settings: db_server specifies the server host, which is localhost. The db_database specifies the name of the database to use; the database will be created once we've successfully set-up the DVWA web application. The last two configuration variables, db_user and db_password specify the username and password for MySQL database. On Backtrack Linux distribution the default username and password for MySQL are root:toor.

The relevant part of the configuration file is presented below:

When we first connect to the URI http://localhost/dvwa/ we'll have to set up the database. To do that we need to press on the "Create/Reset Database" button as presented in the picture below: 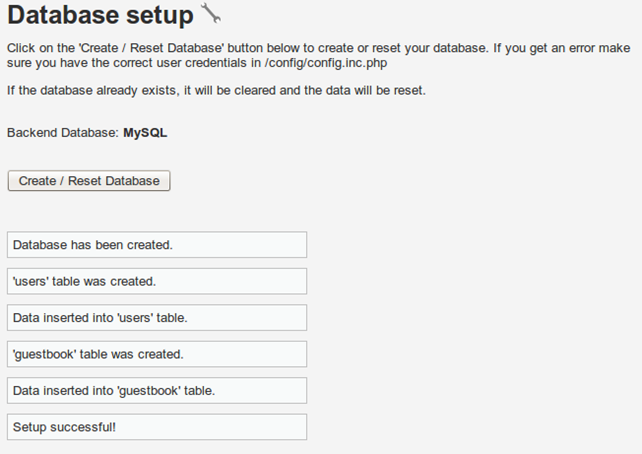 We can see that the database dvwa has been successfully created. Two tables were also created and popularized in that database. Those two tables are users table and guestbook table.

Afterwards, we can successfully login with the default username admin and password password that were automatically created by the DVWA web application. The next picture shows the DVWA login web page. 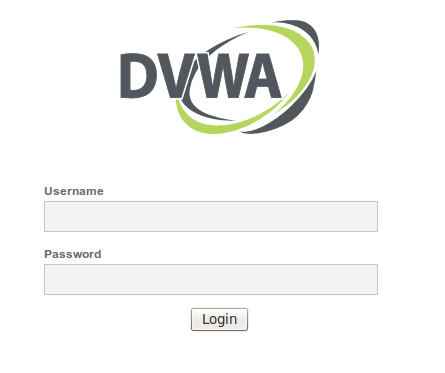 When we've successfully authenticated into the application, the web application will look like the picture below: 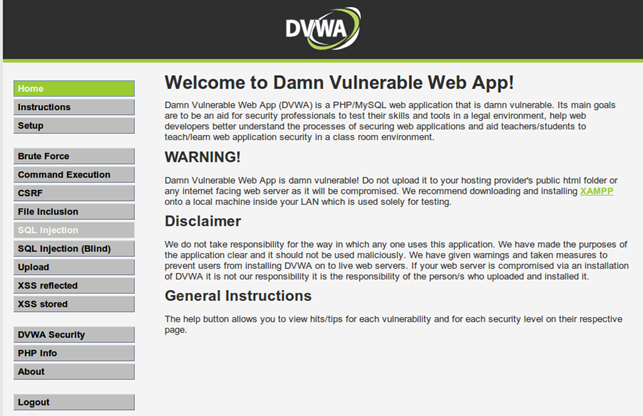 We can start solving those challenges immediately or we can input the appropriate URIs to the web vulnerability scanner.

When we want to get server status and restart web applications, we need to access the URI http://yourserver:8080/manager/html, which is password protected. We need to create a user with a role manager in /etc/tomcat6/tomcat-users.xml.

We can also create virtual hosts if we connect to the URI http://yourserver:8080/host-manager/html, which is also password protected. To access it, we must create a user with a role admin in /etc/tomcat6/tomcat-users.xml.

When administering the Tomcat web server, some features need write access to the /etc/tomcat6/ directory, which isn't granted to the Tomcat user by default. This is why we need to grant the tomcat6 user permissions to that directory. We can do that with the commands below:

We added a new administrator user with username tomcatadmin and password admin. We also added WebGoat usernames basic, guest and webgoat with appropriate passwords. This is needed for being able to login to the WebGoat web application.

After that we can start Tomcat web server normally with the command:

The port 8080 should be opened and in LISTENing state:

When connecting to the Tomcat web server on the URI address http://localhost:8080 we can see the following default Tomcat webpage: 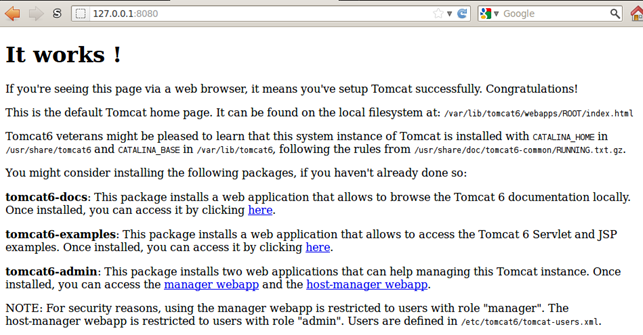 It really isn't much, but the links introduced on the webpage can display the documentation, samples and administrative interface.

When we click on the Deploy button, the WebGoat-5.4.war file will be uploaded to the Tomcat web server and installed.

But we can avoid all of this if we use the default standalone Tomcat package. First we need to download and extract it:

This will start the Tomcat web server on port 8080 and the WebGoat application should be accessible on the http://localhost:8080/WebGoat/attack URI. This can be seen in the picture below: 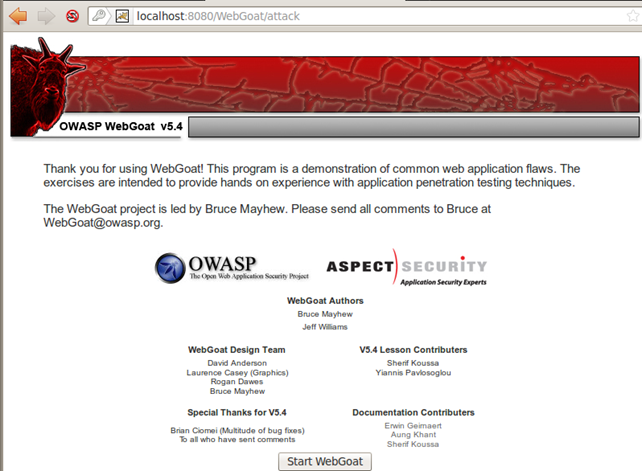 Ok, we can see the WebGoat entry website. To actually start WebGoat, we need to press on the "Start WebGoat" button. The WebGoat is immediately started and we're redirected to the Web site presented below:

Now we have a working WebGoat vulnerable application and we can start testing various attacks on it. The following categories are available:

We've seen that it really pays off to use the standalone WebGoat package, since we don't need to bother with installation and configuration of Tomcat web server, and we also don't have to deploy the WebGoat war file.

We can see that WebGoat and DVWA contain mostly different vulnerabilities. That is why when trying to test a specific web application scanner, it's best to compare the results of chosen scanners against both web vulnerable applications. If we have an option, it would also be great to test all the scanners against real websites; just to be sure that one scanner is indeed better than the other. Of course the targeted website should contain at least one vulnerability so the web scanners can actually find something, otherwise it's not possible for them to detect something that isn't there.